Get this book in print

Reviews aren't verified, but Google checks for and removes fake content when it's identified

While the essays in the book give a thorough examination of selected short stories or short story collections, it would be better if there were one or two more essays that would offer a more general overview of the genre. Read full review

Page 4 - Thus it has always been thought that the center, which is by definition unique, constituted that very thing within a structure which while governing the structure, escapes structurality. This is why classical thought concerning structure could say that the center is, paradoxically, within the structure and outside it.
Appears in 109 books from 1965-2008
Page 4 - By orienting and organizing the coherence of the system, the center of a structure permits the play of its elements inside the total form. And even today the notion of a structure lacking any center represents the unthinkable itself.
Appears in 64 books from 1965-2007

FARHAT IFTEKHARRUDIN is Associate Professor of English and Dean of the College of Liberal Arts and Sciences at the University of Texas at Brownsville. He is Editor of the literary journal Short Story.

JOSEPH BOYDEN published a collection of short fiction, Born with a Tooth (2001).

MARY ROHRBERGER is Adjunct Professor of English at the University of New Orleans. She is Executive Editor of Short Story.

JAIE CLAUDET is currently working on a novel. 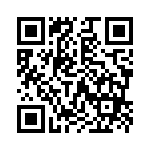