Get this book in print

Reviews aren't verified, but Google checks for and removes fake content when it's identified

One of the most powerful, and beautifully written, memoirs I have ever read. That's all there is to say. Read it if you haven't. Read full review

I'm not sure I'm a good enough writer to properly articulate how good this book is. The author, writing of his own life as young child in the Great Depression and early war years in the Deep South ... Read full review

Other editions - View all

Harry Crews is the author of eighteen novels, including The Mulching of America. He teaches at the University of Florida. Michael McCurdy is an internationally known illustrator and designer whose work has appeared in the books of over thirty publishers and in such magazines as the New Yorker, Esquire, and Field and Stream. He lives in Massachusetts. 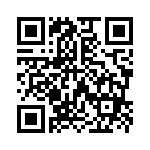