Shop for Books on Google Play

Browse the world's largest eBookstore and start reading today on the web, tablet, phone, or ereader.

Reviews aren't verified, but Google checks for and removes fake content when it's identified
User Review - Flag as inappropriate

Other editions - View all

References to this book

Richard D. E. Burton is Professor of French and Francophone Studies in the School of African and Asian Studies at the University of Sussex. He is the author of Blood in the City: Violence and Revelation in Paris, 1789-1945 (a Times Literary Supplement Book of the Year, 2002), also from Cornell, and of two books on Baudelaire. 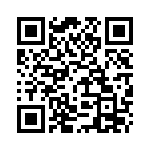