Shop for Books on Google Play

Browse the world's largest eBookstore and start reading today on the web, tablet, phone, or ereader.

Doctors have their medical equipment, magicians have their tricks, and teenage girls have The Powder Box Secrets. Overflowing with encouraging messages, straightforward tips, and a lot of common sense ... Read full review

Carrie Silver-Stock, MSW, LCSW received her masters in social work from Washington University in 1999 and a BA in sociology and World Perspectives from Principia College. She is the founder and CEO of girlswithdreams.com. The mission of girlswithdreams.com is to create a place founded on friends, dreams, and action where girls empower each other to build their best lives. Silver-Stock teaches girls how to be leaders and take action in their own lives and in the world. She has collaborated with organizations like Girls Inc. and the Girl Scouts. She has presented at University Missouri St. Louis, Lewis and Clark Community College, St. Luke's Hospital, and appeared on Guidelines for Mental Health (cable TV). She is the former radio talk show host of "Make it Happen" and a contributor to GLOW magazine. She has also appeared on today in St. Louis, (KDSK/NBC), ABC Radio, Women's Media, CKOM radio, the Working Women's Show, numerous St. Louis venues, and has had articles published in a variety of media outlets. 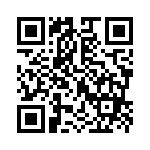